TVR star Eda Marcus and Elvin Dandel are forming a new couple within the Romanian show-biz on the very stage of the Golden Stag 2019!

If Eda, the well-known and loved TVR presenter, finds herself for the first time on the stage from Brasov, Elvin comes back for the second time in Piaţa Sfatului - first he was one of the invited artists within the Festival in 1996, and then, in 2008 he hosted the Festival, together with Alina Sorescu and Ruxandra Gheorghe.

Eda will temporarily leave TVR' sport News desk in order to live the emotions of the Stag and to be in the place she has always dreamt of: „This year I will celebrate my birthday in the most beautiful place ever: on the stage of the Golden Stag”, has Eda confessed. „I have never missed one single edition of this Festival and I remember the moment Monica Anghel won the Golden Stag in1996. I was 14 years old then and I was watching this wonderful moment from Piata Sfatului. Emotions overwhelmed me and there were tears of happiness at the shy thought that, may be, one day, I will grow up and I will have the chance to be part of the Golden Stag. And I did. In a few years, i worked as an editor for the festival and now I will be on stage!”, has the beautiful TVR star, added. 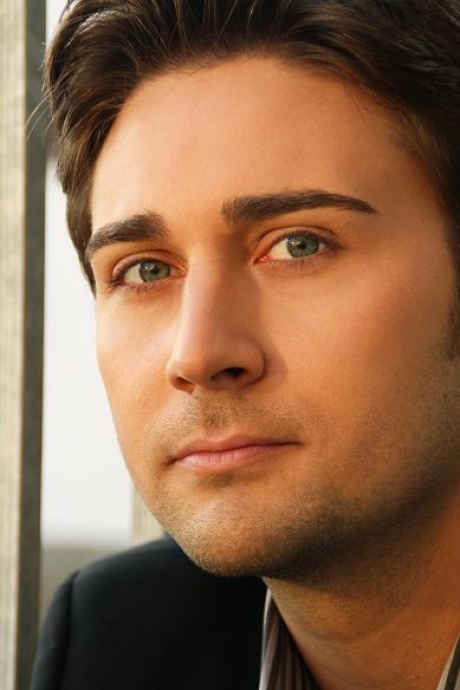 Actor, musician, host! Elvin Dandel has followed his father's footsteps in all the artistic fields: „I am very happy to host the Golden Stag for the second time and to feel the pulse of this traditional event", has Elvin declared. He remembers his first appearance at the Stag, in 1996. „I was 15 years old and I interpreted together with my father the well-known song „Perinița“, in a techno feature prepared by myself. Our show took place in the opening of Tom Jones' show", says Dandel. „I am honoured to accept the second invitation to host this prestigious festival. I wish TVR and the participants a successful edition to be remembered by the audience all throughout the years", has Elvin concluded.

Eda and Elvin will host the two contest days of the Festival (Thursday-Friday, 22-23 August) and the Award Ceremony evening (Saturday, August, 24th).

The 19th edition of the Golden Stag will have a full start! In the first evening, on August 22nd, Ştefan Bănică jr. will rise the audience to its feet, as he does in his every single concert. The next day, on August 23rd, it is Irina Rimes’ turn to climb the stage from Piaţa Sfatului! The only Romanian artist who has launched a special project – the first musical trilogy „Iubiri secrete” – „Secret love”, Irina confesses that she has always dreamt to perform within the Golden Stag.

These will not be the only performances and special musical moments of the festival. The organisers promise that the public will also see on the stage of the Festival some loved Romanian and foreign artists. Besides the performances of the invited stars, 12 finalists of the international interpretation contest will try to win one of the awards in a total amount of 55 thousand euro.

The tickets for the Golden Stag Festival have been put on sale.

The organisers have put on sale several categories of tickets for the four days of the Festival – Golden Stag Club, VIP, Category 1, Category 2 and Category 3 and subscriptions, with prices starting from 70 de lei. These are available on Eventim.ro, UPC.ro and in the network of the partner stores: Vodafone, Telekom, Carrefour, OMV gas stations, and in Cărtureşti, Diverta and Humanitas bookshops. Also, the tickets can be bought from the Eventim ticket offices from Cluj – Iulius Mall and from Bucharest - Cinema PRO. The tickets can be bought with the option of being delivered by courier (companies specialised in delivering packages), they can be picked up from the ticket office, print-at-home (in PDF format) or in e-ticket format (ticket on the mobile phone) with 0 costs.

This year, the Golden Stag Festival will take place in the period 22-25 August and TVR’s team has prepared a format with 2 days of contest, an award Ceremony and other related events.

The event will be broadcast live and exclusively by Romanian Television.

All the information is available on the official site: cerbuldeaur.ro